Both the server preferences are explained followed by the figure below. 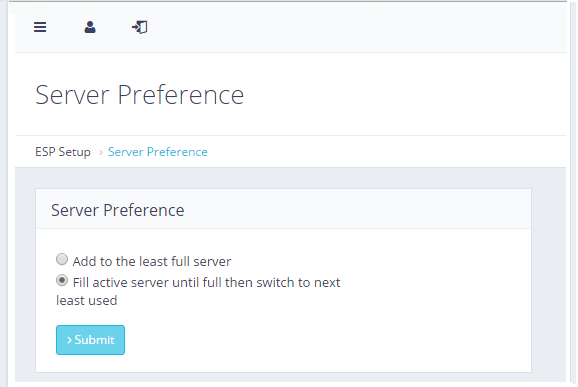 1) Add to the Least Full Server

Following figure shows two sending servers, first one is 12% used and the second one is not used at all, with 0% usage. Upon selecting the sending preference as “Add to Least Full Server”, application will add new clients into the server with 0% usage, as being least full server between the two, 1) Testing Server and 2) Sample ESP.

If this option is selected, new clients will by default be added to the current active server until it reaches its maximum limit (100%). This selection is suitable for those having more than two sending servers. In case of having multiple servers, the clients will automatically be added to the currently active server first, when it reaches to its limit, the application will switch to the next least full server and start adding client accounts in it until it reaches its maximum limit, the process continues.

Select your sending preference and move to the next step.